Random Thoughts About Having a Socially Inconvenient Disability 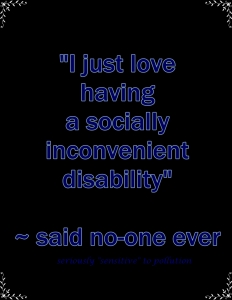 “Having a disability that faces systemic barriers to access is so much fun.”
~said no-one ever

14 responses to “Random Thoughts About Having a Socially Inconvenient Disability”