RoundUp: You, the Kids, Pets, Neighbors, Food, Air and Water too

As I was writing, this post kept growing and growing (unlike anything sprayed with glyphosate) and contains something like 42 external links, just in case anyone wants to go nuts exploring the research… There’s probably enough info here without following any of the links (but please do sign the petitions at least) and you can bookmark the post in case you ever need to go deeper.

I’ve tried to break up some of the links with a few photos and a video, so hopefully it doesn’t look too busy, but it got to the point I really don’t know how to edit it without just saying something like

and deleting the rest, but after all the work I did, I just can’t do that. Someone else might be capable of turning this into several posts, but I’m not that someone else. Yet… Who knows who I will be when I regain all my brain functions? Anyway, consider this fair warning!

There is so much evidence of harm (REALLY BIG LONG TERM HARM) caused by eating foods that have RoundUp aka Glyphosate used on them (which would be most  processed and packaged foods that are not certified organic), but we are also breathing it in, drinking it, and tracking it into our homes from lawns that it gets sprayed on, pissing it out of our bodies, and making people, pets and farm animals sick (or dead) as well as killing unintended plants with pesticide drift drift drift and more drift, since it easily blows off the property it is applied to, and then affects the plants, critters and people next door too (toxic trespass).

This stuff is designed to KILL, and it isn’t selective. It will kill some things quickly, and some things slowly (and we are composed of some things it can kill slowly).

“Each year in the United States more than 1 billion pounds of synthetic pesticides – insecticides, herbicides, rodenticides and fungicides – are applied in agriculture, homes, schools, parks, playgrounds and daycare centers. The National Toxicology Program has found in animal bioassays that a number of widely used pesticides are carcinogenic. Case-control epidemiologic studies have found consistent, modest associations between pesticide exposures in utero and in early childhood and acute lymphocytic leukemia, childhood brain cancer and childhood non-Hodgkin’s lymphoma. Rates of childhood leukemia are consistently elevated among children who grow up on farms, among children whose parents used pesticides in the home or garden, and among children of pesticide applicators.” ~ Philip J. Landrigan, MD, chairman of the Department of Community and Preventive Medicine and professor of pediatrics at the Mount Sinai School of Medicine in New York City

This may be one of the most insidious everyday poisons we are exposed to. 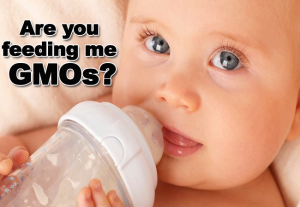 “The herbicide sprayed on most of the world’s genetically engineered crops—and gets soaked into the food portion—is now linked to “autism … gastrointestinal issues such as inflammatory bowel disease, chronic diarrhea, colitis and Crohn’s disease, obesity, cardiovascular disease, depression, cancer, cachexia, Alzheimer’s disease, Parkinson’s disease, multiple sclerosis, and ALS, among others.”

Here is a revealing (but somewhat technical if you haven’t done a lot of medical research) video, Jeffrey Smith from The Institute for Responsible Technology interviewing  Stephanie Seneff, PhD, who is a Senior Research Scientist at MIT:

MCS and Autism have a lot in common (a topic for another blog post).  RoundUp/Glyphosate is also implicated in CYP 450 issues as noted in the above video, and there is research about CYP 450 and MCS/ES.

New (and should be shocking enough to ban glyphosate) Research:

Abstract: Glyphosate, the active ingredient in Roundup®, is the most popular herbicide used worldwide. The industry asserts it is minimally toxic to humans, but here we argue otherwise. Residues are found in the main foods of the Western diet, comprised primarily of sugar, corn, soy and wheat. Glyphosate’s inhibition of cytochrome P450 (CYP) enzymes is an overlooked component of its toxicity to mammals. CYP enzymes play crucial roles in biology, one of which is to detoxify xenobiotics. Thus, glyphosate enhances the damaging effects of other food borne chemical residues and environmental toxins. Negative impact on the body is insidious and manifests slowly over time as inflammation damages cellular systems throughout the body. Here, we show how interference with CYP enzymes acts synergistically with disruption of the biosynthesis of aromatic amino acids by gut bacteria, as well as impairment in serum sulfate transport. Consequences are most of the diseases and conditions associated with a Western diet, which include gastrointestinal disorders, obesity, diabetes, heart disease, depression, autism, infertility, cancer and Alzheimer’s disease. We explain the documented effects of glyphosate and its ability to induce disease, and we show that glyphosate is the “textbook example” of exogenous semiotic entropy: the disruption of homeostasis by environmental toxins.

Tell the EPA You Want Lower, Not Higher, Limits on Monsanto’s Roundup!

“There is more than a casual association between GM foods and adverse health effects.”

Glyphosate is found in various weed killers, including the brands listed below:

Irritation of mouth and throat

Some of the above links describe more of the environmental impacts of the poison that is RoundUp/glyphosate, since the harm isn’t just from eating GMO foods, so if you are using this on your lawns to kill dandelions or other plants, please please  STOP! 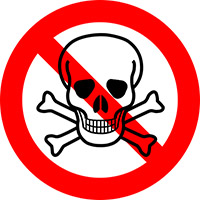 STOP the POISONING of our FOOD, WATER, AIR and BODIES

I have also come to the conclusion that Monsanto is just

If you haven’t already noticed, EVIL is the opposite of LIVE!

Let’s stop this Ecocide, for once and for all, before it stops all life on this planet.

For your own sake (and your family’s) stop buying and eating or drinking anything with GMOs, (don’t feed it to your pets either) and don’t buy anything made or sold by Monsanto and then, demand other companies stop using their “stuff” too.

I don’t support widespread wireless use, but since it’s out there now, there is finally something really good you can use it for:

And of course, go pesticide/herbicide/fungicide/chemical fertilizer/weed’n’feed free,  grow your own food, and/or buy everything you can certified organic. There are resource links here in the sidebar, check under Food for options. And for your yard:

Proof things can be done differently?

WE have the POWER to CHANGE when we are informed.

4 responses to “RoundUp: You, the Kids, Pets, Neighbors, Food, Air and Water too”