Good news for some people who have MCS/ES, CFS/ME, and FM 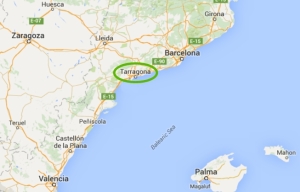 THE CITY OF TARRAGONA (CATALONIA, SPAIN) IS THE FIRST MUNICIPAL GOVERNMENT THAT IMPLEMENTS IT!

The first municipal government that has stepped forward to implement this plan, is the City of Tarragona Municipal Government (Tarragona is a major city 100 kilometres south of Barcelona). In the plenary session held last November 30th, the “Institutional Declaration of support for people with Central Sensitivity Syndromes” was approved, which consists of a concrete programme of measures. This is a historical step.

In part, the agreement includes:

FIRST. Create and develop a specific support programme for people with CSS and their families in the City of Tarragona, in which the representatives of those affected have to be involved and which will include: