Fracking… It’s not all it’s cracked up to be… It’s a lot more!

I recently discovered that the Ontario government is exploring opportunities to frack us here too. Russell Ontario sits on black shale, twenty minutes from Ottawa! I’ve seen it mentioned that this is happening in other Ontario communities, as well as elsewhere across Canada.

The CBC article is short and says little, so please watch the video there if you are interested … (it won’t embed and the link to just that also doesn’t work)  http://www.cbc.ca/news/canada/ottawa/story/2013/05/29/ottawa-russell-shale-gas-exploration.html 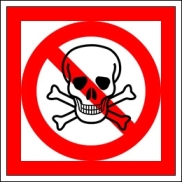 Why is the government, which is supposed to be looking after the best interests of people, exploring and allowing a technology that will destroy us all if it isn’t stopped?

To understand what some of the problems with fracking are, watch (or listen) to Sandra Steingraber, scientist, mother, writer, poet, cancer survivor, wisdom woman in this 5 part video series.

END_OF_DOCUMENT_TOKEN_TO_BE_REPLACED

This is not only an environmental crisis, although that is bad enough since we all depend on clean air and water for basic survival, this is also a health and human crisis.

The quest for and extraction of fossil fuels has reached a level that is threatening us all.

“Each fact included in Oil Sands Reality check is carefully researched, referenced and reviewed by a scientific advisory committee. This website was created as a resource for citizens, media, investors and decision makers who wish to participate in a more informed debate about the impacts of oil sands development.”

END_OF_DOCUMENT_TOKEN_TO_BE_REPLACED

For anyone interested in environmental health and the health of children, Sandra Steingraber is an inspiration and wealth of information. She has written several books and many articles. Her first book, Living Downstream, was turned into a feature film.

Biologist, mother and activist Sandra Steingraber discusses her fight against fracking and toxins contaminating our air, water and food.

Here she is in an interview with Bill Moyers, (you can watch it here or go to his website) and the link to her website is below, where you can access many of those articles and order her books.

END_OF_DOCUMENT_TOKEN_TO_BE_REPLACED

Sandra Steingraber was arrested while demonstrating against fracking. Sandra is one of my heroines.

“In my field of environmental health, the word trespass has meaning. Toxic trespass refers to involuntary human exposure to a chemical or other pollutant. It is a contamination without consent. It is my belief, as a biologist, that Inergy is guilty of toxic trespass.” …

“In closing, my actions were taken to protest the trespass of Inergy into our air, water, bodies, safety, and security. My small, peaceful act of trespass was intended to prevent a much larger, and possibly violent one.”

She has written a lot about the dangers of fracking, as well as other environmental health issues that affect us all. Well worth checking out what she has to say.

I have heard Sandra speak once, after I read her book “Living Downstream” but before “Raising Elijah” was published. In fact, it was very shortly after he was born that she was there. Sandra was in Toronto again just before I left, and a friend (because I was too sick to go) brought me this wonderful gift from her :