“In other words, though work to reduce toxic chemical exposures can be viewed as quite distinct from efforts to address EMF exposures, both EMFs and EDCs can disrupt the critical signaling systems in the body and lead to problematic health endpoints.”

Our Health and Environment Blog

As you probably remember from your high school biology class, our bodies function using electrical impulses to communicate between cells, such as telling your heart muscles to contract or signaling your brain that you just stubbed your toe. Since everything relies on these signals, any breakdown or disruption in your body’s electrical system can become a real problem.

We also know that certain toxic agents, such as endocrine disrupting chemicals (EDCs), can alter our bodies’ hormonal messaging systems (which, by the way, uses electrical signals to communicate). When exposures to these chemicals, even in tiny amounts, happen during critical windows of development, then a wide range of health problems can result over a person’s lifetime.
So what do EDCs and electromagnetic fields (EMFs) have in common? As Henry C. Lai, professor of bioengineering at the University of Washington in Seattle and an expert…

Is This Civilization? Is This A Dream?

What is civilized about having toxic chemicals in so many everyday products and materials?

What is civilized about extracting and using fossil fuels from the earth in ways that cause harm to all living beings?

What is civilized about denying health care and safe housing to people who need it?

When I saw this image, it spoke to me…

But it needed a slight revision… It wasn’t my “dream” to cut ties with civilization, it was my prescription!

So here is what I did and why:

END_OF_DOCUMENT_TOKEN_TO_BE_REPLACED

Stories From Behind The Bubble‏

This is an idea I had in 2006, before things totally fell apart in my life… I’d like to resurrect the idea now.

Is anyone interested in writing about their life with MCS/ES so we could put together a book with our stories from behind the bubble? 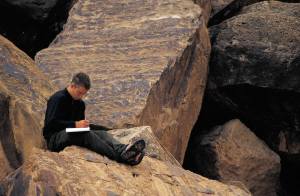